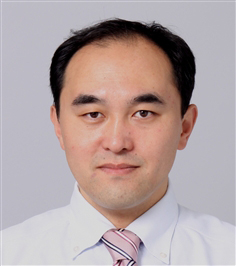 Chair of the Course of International Tourism Studies

Message from the Course Chair

The Tokyo Olympic Games will be held in 2020. The 2019 Rugby World Cup and the 2021 Kansai World Masters Games are also scheduled to take place around the same time. These events are expected to draw a large number of visitors from countries all over the world. There is an urgent need to establish an environment that can accommodate inbound tourists, including transportation facilities and means of receiving tourists in local areas.

Furthermore, in a super-aging society with a low birth rate, tourism promotion is expected to be the driver of regional development, with inbound tourism in particular being referred to as a high-potential market. The number of foreign tourists to Japan reached 31.19 million in 2018 (an 8.7% increase from the previous year), and the government aims to increase the number of foreign visitors to 40 million by 2020 and 60 million by 2030. It actively promotes tourism using the International Tourist Tax which started on January 7, 2019, as its financial source. Further, foreign tourists’ total spending has reached 4.5 trillion yen (a 2.0% increase from the previous year), which is catching up to Japanese tourists’ spending in Japan (4.9 trillion yen in 2016). On the other hand, spending per foreign tourist has declined to 153,000 yen (a 0.7% decrease from the previous year), mainly due to an increase of repeat visitors. Repeat visitors account for 61.9% of foreign tourists (according to the Japan Tourism Agency), and this percentage is expected to continue increasing. In order for Japan’s inbound tourism to maintain its competitive advantage over other countries and to win the preference of travelers, it is essential to bring out multifaceted attractiveness in such ways as offering new experiences and story settings.

Turning our eyes to the global demand for tourism, demand bottomed out during the collapse of Lehman Brothers in 2008 and the debt crisis triggered by the Greece fiscal crisis in 2009, as well as in 2011, the year the Great East Japan Earthquake occurred. After that, demand continued to grow throughout the end of 2017 against the backdrop of quantitative easing by the European Central Bank and devaluations of Chinese Yuan. However, it appears that demand started to slow down in 2018. In 2019, recessions in the United States and China as well as trade conflicts between the two countries, the UK's withdrawal from the EU, refugee issues and the spread of nationalism/populism could cast a shadow over international exchange. Consequently, we must focus on the big picture by considering not only the situation in Japan but also its position in the world.

Also, if we look at the current travelling environment, we often see the use of artificial intelligence and virtual reality in tourism. In the United States, smart speakers are expected to be used in 76 million households (by 2020), and one airline company had anticipated the trend by introducing a smart assistance system, which allows users to plan and book trips through voice recognition. With advancement of these technologies, social media’s word-of-mouth effect is expected to diminish. In addition, low-priced headsets facilitate virtual experience, and in some cases, such headsets are used to give travelers a strong incentive to visit a certain destination.

On top of these technologies, we have recently seen initiatives that combine resource creation and regional development, such as limited-time art festivals, car sharing in depopulated areas, financing through crowd funding, and start-ups of social businesses which solve social issues while engaging in tourism business, although in a small scale. On another front, some point out the issue of “overtourism,” which causes adverse effects, such as congestion caused by an excessive number of visitors and deterioration of the natural environment. As the social environment drastically changes, we need to commit to creating a new society while flexibly and smoothly adapting to such changes.

With the environment surrounding tourism undergoing significant changes, there is an urgent need to train individuals capable of contributing to its development. The Course of International Tourism Management aims to train individuals who can play important creative roles in tourism study and tourism industries in Japan and overseas. It is taught at a graduate school attached to one of the few departments in Japan that specializes in the field of tourism. To date, the course has welcomed many graduate students and working professionals from China, Korea, Taiwan, Vietnam, Thailand, and Cambodia. Students can complete the course by attending classes on weekday evenings and Saturdays. In addition to the Master’s course, we offer a Doctoral course. Of the students who have completed this course, some were aiming for greater success in practical fields while others intended to conduct empirical and theoretical research to contribute to Japan’s development as a tourism nation.

This course serves as a base for tourism research that responds to these needs. As one of the few graduate schools in Japan that specializes in this area, we invite you to conduct research with us under a well-prepared research guidance system.

Overview of the Course

In April 2001, the Department of International Tourism Studies was established in the Faculty of Regional Development Studies as part of the reorganization of the Department of Tourism at Toyo University Junior College, the first Japanese provider of higher education in the field of tourism. While some of the graduates from this course are aiming for careers in practical fields, a large number of students wish to conduct further empirical and theoretical research to contribute to Japan’s development as a tourism nation. In response to these needs, the course was created to provide a base for new tourism research.

As one of the few graduate schools in Japan that specializes in this area, we have established a well-prepared system of research guidance.