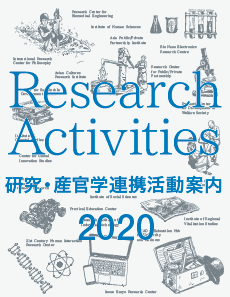 Toyo University Center for Sustainable Development Studies was established in FY2001 as part of the open research center project of the Ministry of Education, Culture, Sports, Science and Technology (MEXT) for promoting the improvement of academic research in private universities. The center, which was placed under the university’s Graduate School of Regional Development Studies, was originally intended to be a five-year project. During those five years, the center continuously led various multifaceted research activities including research and studies in various fields of developing countries (Thailand, Bangladesh, East Timor, Vietnam, Cambodia, the Philippines, Uzbekistan, the Inner Mongolia Autonomous Region of People's Republic of China, etc.) and in various parts of Japan, and distributed information through the publication of newsletters, public lectures and international symposiums with renowned international speakers, and the publication of books jointly written by researchers.

In FY2006, MEXT gave approval for the center to continue its research activities.

The center’s action plan was selected as a project under MEXT’s strategic research infrastructure development program for private universities in FY2010, and the project continued until FY2014.

In FY2015, the center’s action plan to expand research bases by leveraging the insights and experience of the center was selected again and it was launched as another five-year project.

The center had carried out consistent activities since its establishment through the first and second phases with an aim to “develop researchers and highly specialized professionals, and to disclose research outcomes.” In addition, a new goal of “creating research bases” was added in the third phase. Research projects and research groups were significantly redesigned in the third phase in view of themes with original objectives achieved in the first and second phases as well as new research themes to address new needs. The following is the overview of those phases. In the first phase when the center opened, the center launched three research projects that were carried out concurrently, i.e., “Project 1: Creation and maintenance of a permanent living environment in metropolitan areas of Asia”, “Project 2: Systematization of environmentally symbiotic society theory”, “Project 3: Creation of regional development database and plan/Development and maintenance of an assessment support simulator.”

In FY2009, the center’s research activities were temporarily suspended due to the completion of the project, however, the center’s action plan was selected as a project under MEXT’s strategic research infrastructure development program for private universities in FY2010 and a new five-year project was launched. Under the new research theme of “Development of approaches for assisting endogenous development in developing regions of Asia”, the center carried out activities with a focus on creation and cooperation of research bases within and outside of Japan, particularly in Asian nations, from the research perspective of “research on creation of research bases.” Specifically, based on the belief that in order for developing countries to develop in a self-sustaining way, it is important to break away from a structure that relies on developed countries, and take approaches based on the idea of endogenous development that leverages manpower and physical resources within developing countries, the center laid out a primary goal for the third phase to develop and implement such an approach to assistance. In the third phase, the center had three research sub groups comprised of research members who were full time faculty members, visiting researchers from Japan and overseas, research assistants and secretariat staff. Under this organizational structure, the center hosted international symposiums and workshops annually by inviting speakers from overseas who specialized in the development of developing countries. In addition, the center offered open lectures to the public and practitioners, issued newsletters in Japanese and English with an aim to deliver information related to the research projects, and published annual reports. Ultimately, the center published a book on the current status of endogenous development in Asia, assisted endogenous development in overseas research bases, and shared the research results with society.

In the fourth phase, under the new research theme of “Development of approaches for making community-oriented international contributions in Asia and Africa in the age of globalization” and from the standpoint of “research on creating research bases”, the center is conducting activities with a focus on creation and cooperation between research bases in Japan and overseas, particularly in countries in Asia and Africa. Further, the center aims to conduct studies on and pursue ideal international contributions toward the implementation of sustainable development goals (SDGs), which are the new benchmarks for cooperation in developing countries, replacing the MDGs. The center also added Africa to its focus research areas in addition to Asia where the center has been conducting activities, with the aim of developing universal approaches to realize endogenous development suitable for the age of globalization through improvement of social infrastructure.