Nakakoshi earthquake disaster in October, 2004, the local residents were was obliged for whole village refuge. Submergence by cliff collapse and river blockade suffered destroying damage at 6 villages among 14 villages in Yamakoshi area. Residence became impossible for 2 years. Environmental improvement in an uptown and rehabilitation in housing were also developed on today. "returning to the village" has completed mostly by l December, 2007. But as "returning to the village" of residents advance, it will be a problem how people carry on life in the future. After all, Yamakoshi area was about 7000 people of population in 1950’s. The population returning to the village makes definitive is in the situation that the aging rate also is expected that 40% is exceeded and is severe for 1500 people. Nagaoka-shi and Niigata-ken place rehabilitation in Yamakoshi area is a model case of intermediary area between plains and mountains promotion, but various difficulty is expected.

This study group consists of 7 fields of the landscape planning and the culture in an area, local industry, living independent support, healthy independent support, the next generation raising support, living and housing making, and the problem in an area is to be made clear. A plan every each field based on a forward case will be proposed. We also participate in pilot project of the village revitalization based in Yubu village. It is the study with the dark deliberate color in the strained relation with actuality, but we like to emphasize a partnership with the local resident and polity, and execute the study. 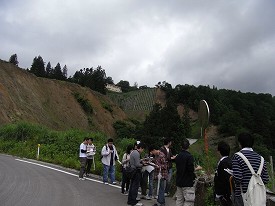 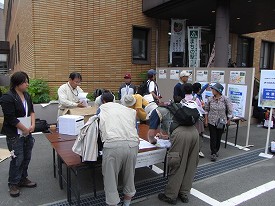 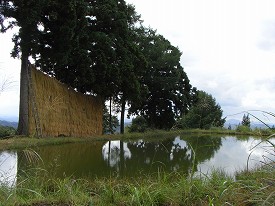