Various structural variations are judged by Japan's entire society from a change in the rapid composition of population, a change in economic environment, reduction in family scale and a function and change in a living environment in recent years, and new social and living problems are surfaced. Lonely death, the isolation, the living collapse and the misusage which make the "obstacle of a mind, body and anxiety", "social exclusion and friction", "social isolation and loneliness", etc. backgrounds are surfaced and are pressed correspondence, for as a result of such economic fluctuation and social change according to the "Examination meeting report about the state of the social welfare to people who need social support the Ministry of Health and Welfare", released in 2000.

Investigations of those causes are needed to a new problem as well as it is necessary to reconsider the structure and the function of the economy, the politics and the social system built up to today, and we need grope of a correspondence policy based on that.

Working on the following problems aiming at approaching from various points of view, to such problem judged from the angle as the building of a welfare society in an urban area in Project 1.

1. The life in a local community and the welfare point are made clear.

2. A problem in interface with a welfare aid system is considered with a local community.

3. The current state of the present welfare and the living support system by a health service is considered.

4. Participation in area welfare by a resident is considered.

In an inspection of a small regional network campaign in Akita-ken. 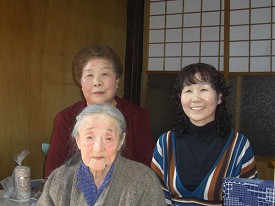 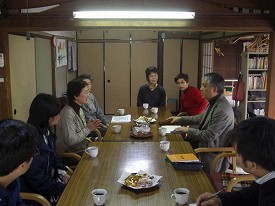