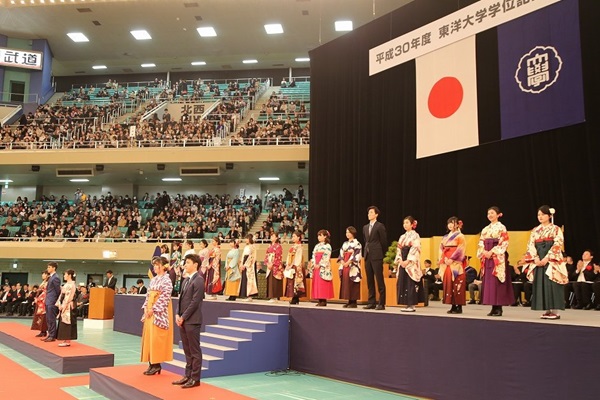 On Saturday, March 23, 2019, the AY2018 Toyo University Graduation Ceremony was held at the Nippon Budokan, and 6,912 students graduated in this academic year. 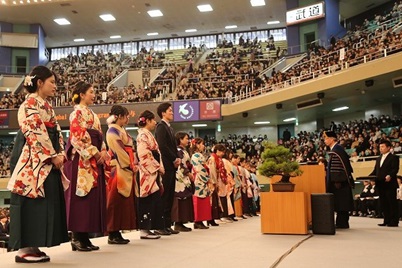 Together with the Toyo University President’s Award to students for her/his outstanding academic achievement and social activity and the “125th Anniversary of its foundation Sports Reward” to athlete students whose distinguished record contributed to sports promotion and the University’s reputation, the Toyo Global Leader (TGL) Program GOLD certification awardees were commended at the ceremony.

The TGL GOLD certifications is given to students who achieved the most difficult level in all the seven requirements under the TGL program, including studying abroad, holding high scores in language proficiency tests, and who are expected to represent Toyo University in demonstrating global competence and playing an important role on the world stage after they graduate.

In AY2018, 24 students were certified as GOLD-ranked Toyo Global Leader. At the ceremony all the TGL GOLD awardees appeared to the stage, and Ms. Hitomi Watanabe (Department of International Tourism, Faculty of Regional Studies) accepted the certificate on behalf of them. The venue rang out with warm applause and the commended students appeared gratified and already looking to a brilliant future. 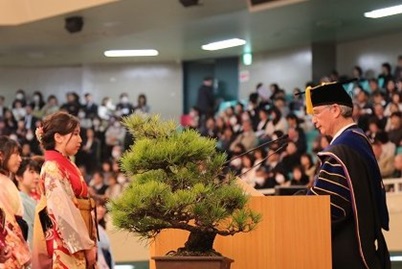 The TGL Gold awardees made a big step toward their new life on the world stage with various international experiences and achievements at Toyo University. 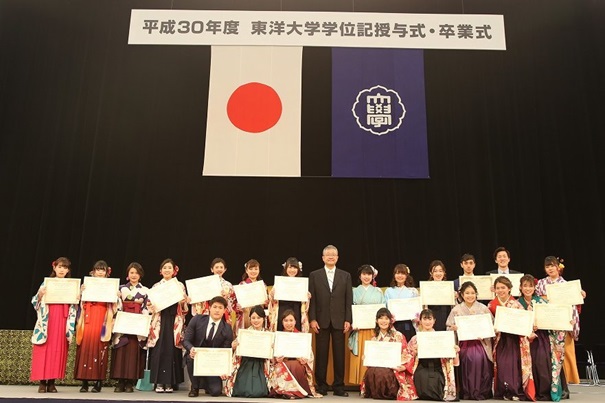