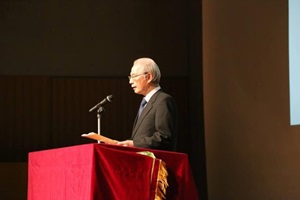 At the beginning of the ceremony, President Makio Takemura talked about the qualities that global leaders should possess, including basic and specialized academic skills, basic professional skills (being able to identify and solve problems, leadership and teamwork skills), foreign language skills, communication skills, and the ability to understand and utilize different cultures, which allows students to accept diverse cultural differences, respond to them flexibly and create new values and traditions by integrating the strengths of different cultures, as well as the ability to understand and communicate one’s own culture, thus allowing students to deeply understand the characteristics of their traditional heritage and explain their significance. He also congratulated the students receiving certification and talked about what is expected of them in the future. 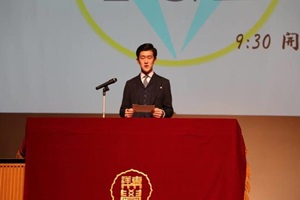 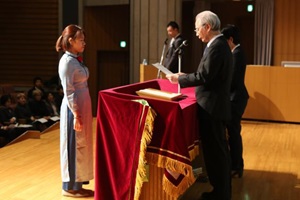 At this year’s ceremony, 158 students were certified as TGL silvers, with each receiving a certificate and certification badge. Awardees from 11 faculties and 25 departments attended the ceremony. Mr. Kazumichi Kanai (2nd year student in the Department of Regional Development Studies, the Faculty of Global and Regional Studies) gave a speech on behalf of all the awardees. In his speech, he explained to the audience that he had excelled in English language in the past but that he started to struggle after he entered university, which resulted in lower test scores. He also felt frustrated with his inadequate language skills when he went to Malaysia on a short-term study abroad program, and this experience became a strong motivator to improve his English skill. He also shared his experience of learning the joy and importance of interacting with diverse people in Malaysia, which is a multiethnic nation. He then announced that he was going to study at the University of Bologna in Italy from this fall as an exchange student, and expressed his strong aspiration to grow by interacting and competing with students from all over the world at the University of Bologna, which is one of the oldest universities in Europe, to aim for the TGL gold, and to become a global professional representing Japan in the future. At the ceremony, 530 students were certified as TGL bronzes, with their next goal to become TGL silvers. Ms. NGUYEN KHOA NGOC HA (1st year student in the Department of Global Innovation Studies, the Faculty of Global and Regional Studies) received the certificate on behalf of all the awardees. 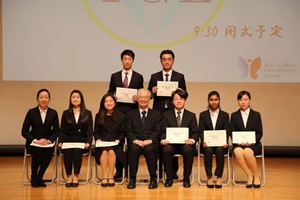 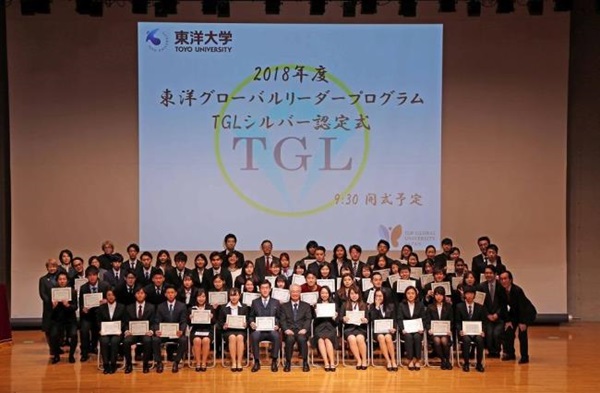