The Founding Spirit of Toyo University 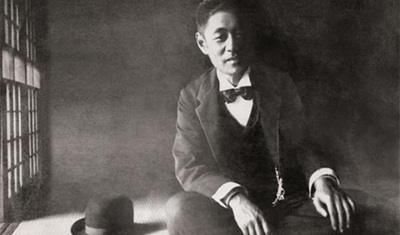 The Founding Spirit of Toyo University

Toyo University traces its history back to a private institute of philosophy, the “Philosophy Academy,” which was established by the philosopher Enryo Inoue in 1887. Enryo was born as the eldest son of a Buddhist priest in Nishigumi Uramura in the Nagaoka domain in Echigo Province (present-day Ura, Nagaoka City, Niigata Prefecture) in 1858 in the closing days of the Tokugawa shogunate. In 1881, he entered the Department of Philosophy in the School of Letters at the recently established University of Tokyo. He was the only first-year student in the Department. He became convinced through his studies that “all knowledge is grounded in philosophy, regardless of whether it originated in the East or the West.” In those days, Western-culture supremacy was dominant in Japan, and Enryo seemed to be alarmed at how the Japanese public was being swayed by Western values. Philosophy here means a “field of learning that explores and defines the principles of all things,” and it is not an ideological, deductive philosophy, but philosophy based on facts and positive evidence. Before founding the Academy, Enryo stated, “Philosophy is a study that seeks to define the principles of all things. And at the bottom of everything?from politics and law to science and art?there must be philosophy.” This belief made him found a private school specializing in philosophy called the Philosophy Academy in 1887. This is the predecessor of the present Toyo University.

The aim of Enryo’s philosophy education was not to train professional philosophers. Rather, it was to equip students with the “art” of honing their thoughts and mind, and the ability to apply knowledge and insights gained to new situations. Over 130 years, from the Meiji period, when the term tetsugaku (philosophy) was first used in Japan, to the present day, when the absence of philosophy is being called into question, Toyo University, despite going through a tumultuous history, has unfalteringly continued to preserve the educational principles of founder Enryo Inoue. Shortly after founding the Philosophy Academy, with the aim of promoting “social education” and creating an “open university,” Enryo launched activities for people with no surplus money and time. As part of such activities, in the year following the establishment of the Academy, Enryo started to publish the “Philosophy Academy Lectures Collection” to provide learning opportunities for people who could not commute to school. At that time, this was a truly revolutionary idea. This spirit has been inherited by the Independence and Self-Initiative Entrance Examination of Toyo University.

In his thirties, Enryo started going on speaking tours throughout Japan, which he continued throughout his life. For 13 years from 1906 to 1918, a period for which statistics are available, he gave 5,291 lectures in 2,198 towns or villages in 60 cities around the country. These figures demonstrate Enryo’s strong passion to try to open the door of new education in Japan in the Meiji period. Inheriting Enryo’s spirit, Toyo University seeks to be an open university and provides opportunities for lifelong learning not only for people in local communities but also for people across the country, through public lectures and lecturer dispatching services.

Books to learn about Inoue Enryo