The history of Toyo University

In 1887, after studying philosophy at Tokyo University, Enryo Inoue founded "Tetsugakukan", predecessor of the present Toyo University. The educational goal of Tetsugakukan was to help people with no extra money and time learn philosophy, thereby developing educators, religious thinkers, and philosophers who would assume new roles in modernizing Japan. After his return from his first world tour, Inoue initiated the construction of new school buildings with the aim of establishing a university based on his vision. However, his endeavors were stymied by various disasters—storms, fires, and even a man-made disaster. Despite these difficulties, Inoue continued managing the school with the assistance of distinguished individuals such as Katsu Kaishu and other supporters from all over the country—a unique way in those days for a school to survive. In 1903, the school was approved as a private institution Tetsugakukan College under the Professional School Ordinance.

In 1906, two years after his school was reorganized into Tetsugakukan College, Enryo Inoue retired from the college for health reasons. At the time of his retirement, Inoue donated all his assets to form a foundation and renamed the school Toyo University. Thereafter, Toyo University continued to steadily progress as a college specializing in humanities, striving for promotion to the position of a university under the University Ordinance promulgated in 1919, which was the same year that Enryo Inoue passed. In 1928, after many years of effort to fulfill various requirements in terms of personnel, facilities and finances, Toyo University finally obtained approval under the University Ordinance to be promoted to the position of a college with the Faculty of Letters. Following the war defeat in 1945, the university system was changed, and in 1949, Toyo University became a new university with the faculty of letters. In the years that followed, Toyo University endeavored to grow into a more comprehensive university featuring various faculties. 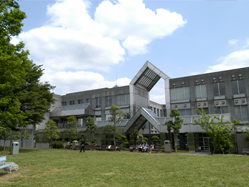 Following Japan’s defeat in the war in 1945, its educational system was revised, enabling more people to receive higher education.

Toyo University, in line with its founding spirit of contributing to society through education and research, also attempted to renew its educational system to respond to people’s increasing desire to attend college. However, it was a truly exacting challenge in a society still struggling in the post-war turmoil. Toyo University made a restart in 1949 with its faculty of letters. The university then added the Faculty of Economics (1950), the Junior College Department (1950), graduate schools (1952), the Faculty of Law (1956), and the Faculty of Sociology (1959), and founded the Faculty of Engineering at the Kawagoe Campus, Saitama (1961). Through these steps, Toyo University grew into a comprehensive university with diverse faculties. It has continued efforts to enhance its educational infrastructure by reorganizing the Junior College Department into a junior college (1966), founding affiliated high schools in Hyogo and Ibaraki (1963-1964), establishing the Faculty of Business Administration (1966), and increasing the number of students to over 10,000. In 1977, to accommodate an increasing number of students, the university founded the Asaka Campus in Saitama. 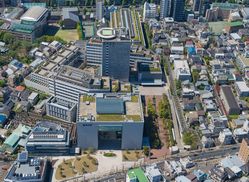 Having grown into a large university comprising many faculties, Toyo University experienced what is known as “campus strife.” After that, the university began to look for a new image as a university so that it would be better able to respond to the needs of Japan and the world that were becoming increasingly internationalized and information-oriented. Toyo University experienced a turning point in 1987 when celebrating its 100th anniversary. We took this special opportunity to reconfirm Enryo Inoue’s educational philosophy—the foundation of Toyo University—based on which we promoted activities to explore our new school philosophy. As we proceed from the Showa era through the Heisei era, our new image as a university is beginning to take shape. 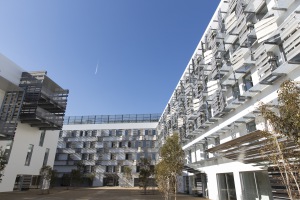